On Basel 2013, Omega was very low-key to launch a Speedmaster Racing timepiece low-key 311.30.42.30.01.004, which was called “Tintin”. The distinctive fake Omega timepiece was placed at the left side of the showcase instead of the center. Many watch lovers were surprised with the condition. 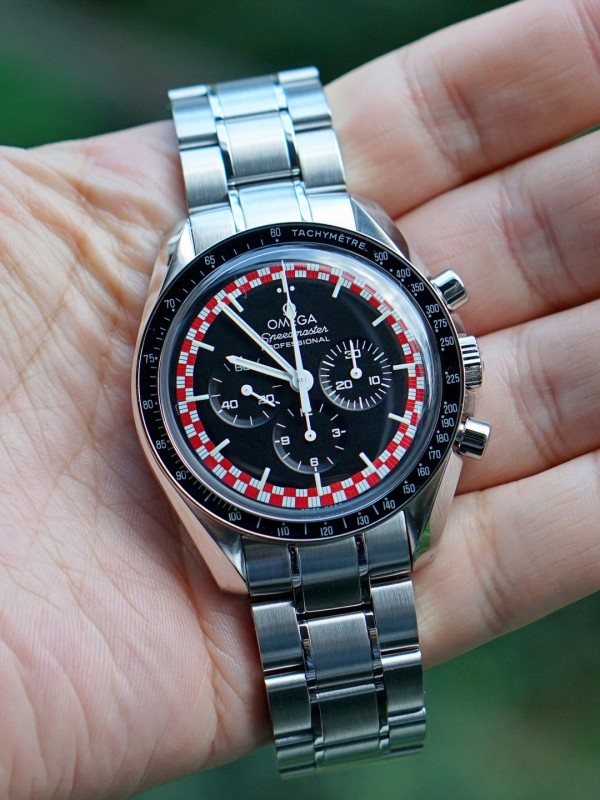 It turned out that before the exhibition, some media had broken the news that Omega was planning to release a wristwatch with the theme of “The Adventures of Tintin” to commemorate the 30th anniversary of the comics. Among the comics the 15th chapter was running to the Moon which met the theme of Speedmaster Moon watch very well.

It was said that Omega had already designed the logo of Tintin which was going to be placed on the left sub-dial. If everything went well, this Tintin Speedmaster would be the shining point on the Baselworld. Unfortunately, contrary to the wish, The works of Tintin had been represented by the publishing agent after the author’s death in 1983. His publisher disagreed with Omega’s plan, which led to the death of the “Tintin” Speedmaster special edition.

Omega had already produced the dials and did not want to waste this design. So they delete the Tintin logo and limited design, continuing to release the Omega Speedmaster copy with steel case but it was transferred to the Racing series instead of Moonwatch series. It is worth mentioning that although it was classified as racing series, the dial, movement and the back case were all with the same design of Moon watch series.